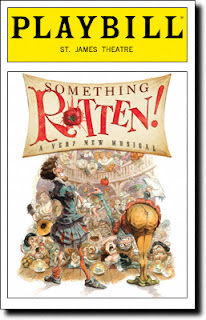 In 1959, when I was 5 years old, my Uncle Ted took me to see my first Broadway musical – Robert Preston and Barbara Cook in “The Music Man”.  From 1959 through the early 1970s the two of us saw just about every new “age-appropriate” Broadway musical – always a Saturday matinee and always sitting in the front row of the Mezzanine.

I have seen, in addition to traditional Broadway royalty past and present, the Andrew Sisters (2 of them), Lucille Ball, Richard Burton (with and without Elizabeth Taylor), Sammy Davis Jr, Andy Griffith, Monkee Davy Jones, Bette Midler (not as Dolly but as one of Tevye’s daughters), and the original “Match Game” host Gene Rayburn (as Albert Peterson in “Bye Bye Birdie”) on Broadway.

I saw Barbra Streisand’s Broadway debut, at age 19, in “I Can Get It For You Wholesale” (which starred Elliot Gould, who Streisand would marry) and Liza Minelli’s Broadway debut, also at, I believe, age 19, in “Flora the Red Menace”.  I have seen every Mama Rose except Merman, and I have seen every, I believe, Annie the gun-getter including Merman (in the 1966 revival).

In my 60 years of going to Broadway musicals it is my sincere belief that the greatest and most thoroughly entertaining production number written for a musical is “A Musical” from 2015’s “Something Rotten!”.

“Something Rotten! is an original musical comedy with a book by John O'Farrell and Karey Kirkpatrick and music and lyrics by Karey and Wayne Kirkpatrick. Set in 1595, the story follows the Bottom brothers, Nick and Nigel, who struggle to find success in the theatrical world, as they compete with the wild popularity of their contemporary William Shakespeare.”

Sadly “Something Rotten!”, a textbook example of the traditional musical comedy, did not win the Tony for Best Musical (it was nominated for 10 awards but only won one), losing to “Fun Home”, which I did not see, nor want to see.

“Something Rotten” was scheduled as part of the Summer 2020 season at the Forestburgh Playhouse in Forestburgh NY, not far from me (I have seen many shows there since moving to Northeast PA, including Loretta Swit from “M*A*S*H” as “Mame”), but, of course, the pandemic has shut down all live theatre.  Hopefully they will try again next summer.  FYI – next year the Forestburgh will be celebrating 75 years of summer theatre!

Listen to this recording of “A Musical” from the original cast album – click here – and try to identify all the references in the lyrics and music to previous Broadway musicals.

And when things get back to normal, if “Something Rotten” plays at a regional or local theatre near you do go and see it – you will not be disappointed.

STARS IN THE HOUSE 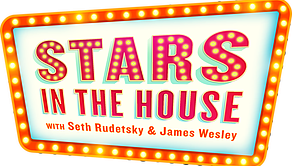 I have Sirius XM radio in my car.  There are a multitude of station choices, but I listen to only four – ‘60s on 6, Classic Vinyl, Siriusly Sinatra, and On Broadway.

The other day On Broadway host Seth Rudetsky mentioned “Stars in the House”, a daily live-streamed series of “music, community and education” he and husband James Wesley created when the pandemic caused the shut-down of Broadway theatres in March to support The Actors Fund and its programs.  Those who watch live shows can interact with the guests in real time.

Viewers are asked to donate to The Actors Fund, and the series has so-far raised about $530,000 for the charity.  As the “Stars in the House” website explains -

“The Actors Fund is a national human services organization that fosters stability and resiliency, and provides a safety net for performing arts and entertainment professionals over their lifespan. Through offices in New York, Los Angeles and Chicago, The Fund serves everyone in film, theater, television, music, opera, radio and dance with programs including social services and emergency financial assistance, health care and insurance counseling, housing, and secondary employment and training services.”

BTW – I saw Michele Lee co-starring with tv’s “The White Shadow” Ken Howard on Broadway in the Michael Bennett, Cy Coleman and Dorothy Fields musical “Seesaw”, an adaptation of “Two for the Seesaw”, back in 1973.  The show also featured Tommy Tune in the unforgettable production number “It’s Not Where You Start (but where you finish)”.

Past episodes of the series have included other tv and Broadway cast reunions.

Seth and James have also created a “spin-off” series of play readings by Broadway actors called “Plays in the House”, and Seth hosts the online “Seth Concert Series”.

CHECK OUT MY OTHER BLOGS -
THE WANDERING TAX PRO
THE TAX PROFESSIONAL
AMERICANS FOR COMMON SENSE
TRUMP MUST GO!